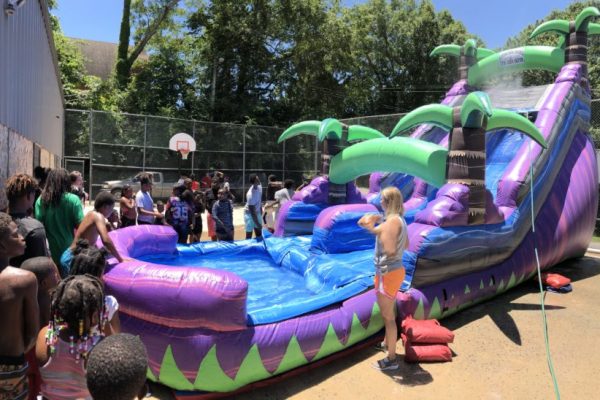 A SUMMER OF HOPE

While the pandemic has brought many challenges this summer, Hope Global Institute has continued moving forward, fulfilling their mission to “inspire and equip underserved children, youth, and adults.” HGI leaders along with four summer college interns hosted summer programs for underserved children. Programming locations included the Hope Center as well as locations in neighborhoods in the community. Each week, the interns developed programs with educational and recreational activities, aiming to inspire the children with curiosity to learn about the world around them and promote sports, health, and teamwork.

The pandemic led to an opportunity for HGI to partner with Restoration Atlanta, a non-profit organization in Atlanta that serves to “strengthen and equip under-resourced families to experience holistic restoration.” The five interns with Restoration Atlanta worked together with the four Hope Global interns to model leadership, compassion, teamwork, and relationship skills for children and youth. The interns focused on spending time with the children and giving each child individual attention. They also focused on empowering children to work towards their goals and to help them face the challenges in their lives.

A typical day of summer programming started with welcoming the children, getting them excited with music and games. After all the children arrived, the group would play a game before they started rotations through three centers. One center called “Around the World” helped students learn about different countries, cultures, and ethnicities. Each day the children “traveled to a different country” to learn about its culture and even try some of its ethnic foods. Another center called “Summer Scholars” was an educational center for weekly math, reading, writing, and science games  to help students grow in their academic skills. The third center called “Soul Food” focused on scriptures from the Bible to lead children in personal development and remind students of their deeper purpose in life. Some of the kids’ favorite activities from summer programming were building pyramids out of marshmallows and toothpicks, having paper airplane competitions, and, of course, dodgeball.  When programming was relocated to a neighborhood instead of the Hope Center, the interns and children had a blast with bubbles, water games, basketball, and more.

On the days when the interns were not facilitating summer programming, they worked on  various beautification projects which included painting houses, repairing roofs, and cleaning up yards. The interns also worked hard to ensure the safety of everyone by taking temperatures at the door of the Hope Center and wearing masks. 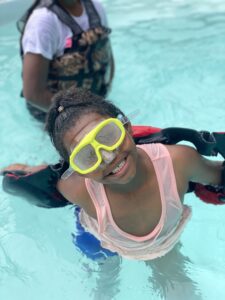 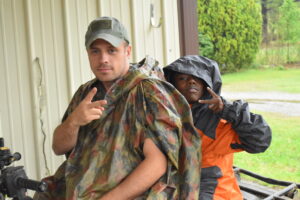 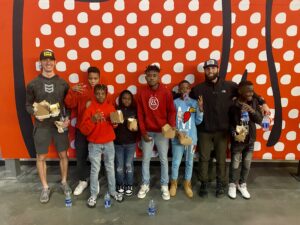 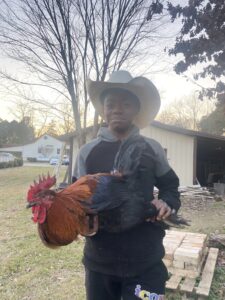 FUN AT THE HOPE FARM